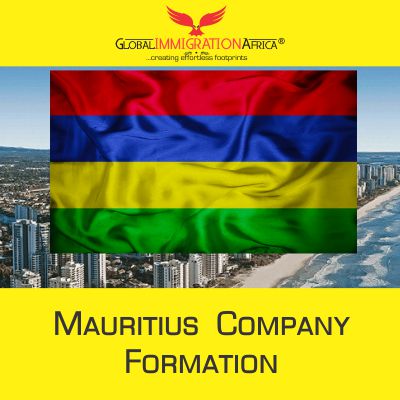 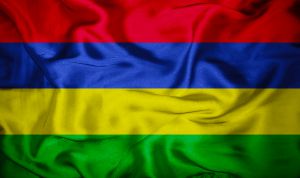 Mauritius is situated in the south-west of the Indian Ocean, 2 000 km from the east coast of Africa. The island lies just within the Tropic of Capricorn 20° south of the Equator and 57° east of Greenwich.

It is of volcanic origin and forms part of the group of islands commonly known as the Mascarenes, which comprise also the Reunion Island and Rodrigues Island.

The island of Mauritius which has an area of 1 864 sq. km is almost entirely surrounded by coral reefs. Within those reefs are peaceful lagoons, ringed by smooth beaches of white coral sand. There is a break in the coral reef only in the south where part of the coast is steep and rocky.

Mauritius has a maritime climate, tropical during summer and sub-tropical during winter. The summer months extend from October to March and winter from June to September.
During the greater part of the year, trade winds blow from the south-east; they are steadier from May to October. In summer, the winds are lighter, periodically interrupted by cyclonic disturbances. The rainfall varies according to the height above the sea level, and ranges from 15mm in October to 187mm in February. The heavy rains occur mainly between January and May, although there are no well-defined rainy and dry seasons. The vegetation remains green throughout the year. In the centre of the island, the average mid-day temperature in July-August is 19°C and dawn temperature 13°C, increasing to 25°C and 19°C respectively by February. Near sea-level all temperatures are about 5°C higher, reaching an average of 30°C at mid-day in February.

The World Bank’s Ease of Doing Business Report 2020 ranks Mauritius at the 13th position out of 190 economies. The reforms implemented by Government to facilitate business over the last years have helped the country position itself amongst the top-ranking economies in the world for ease of doing business. In the wake of daunting challenges, the sector endeavours to gear up for greater competition and higher productivity level by improving export preparedness as well as facilitating access to emerging markets both locally and globally while ensuring effective protection of consumers.

An Authorised Company (AC) is an extremely versatile corporate entity for the purpose of e.g. a private portfolio holding company, trading company, aircraft and ship registration and property holding companies. An AC may be locally incorporated in Mauritius or registered as a branch of a foreign company. It is licensed and regulated by the Financial Services Commission of Mauritius.

Can either be a private company, a public company or a foreign company registered under the companies’ Act of 2001

– Foreign-source dividends derived by a company;

– Interest derived from overseas by a company other than a bank;

– Profit attributable to a permanent establishment of a resident company in a foreign country;

– Income derived from overseas by companies engaged in ship and aircraft leasing.

Where a company has claimed the partial exemption, no credit for foreign taxes in the form of actual tax credit, underlying tax credit and tax sparing credit will be available. The definition of foreign-source income has been changed to “income which is not derived from Mauritius”.

– Employing, either directly or indirectly, a reasonable number of suitably qualified persons to carry out the core activities;

– Having a minimum level of expenditure which is proportionate to its level of activities;

In order to obtain a tax residence certificate, a company must demonstrate that the business is being controlled and managed from Mauritius. This is known as the Control and Management Test.

The five criteria to pass the control and management test are that the GBC:

Required documents for the company formation:

There is a good mix of international and local banks operating in Mauritius and licensed by the Bank of Mauritius. The various banks holding a banking licence are:

GIA can help you to open your Corporate Bank Account for your Mauritius or Offshore Company including cheque books, debit/credit cards and Internet Banking facilities. The requirements for bank account opening depend on where you want the account to be opened. These banks do not normally require personal presence of the authorized signatories as such.

The minimum balance requirements and bank charged for a company bank account in Mauritius. The approval for offshore accounts is done on a case-by-case basis. Due to our excellent banking relationships with the banks, GIA can assist you in setting up a corporate bank account quickly and easily.

There are no reviews yet.

Only logged in customers who have purchased this product may leave a review.

Set up a Mauritius Company

Mauritius is a politically stable jurisdiction and the largest international financial and business hub in the Indian Ocean region with a strong liberal economy, a reputable banking system and a wide offer of qualified professional services.

When you visit any web site, it may store or retrieve information on your browser, mostly in the form of cookies. Control your personal Cookie Services here.